A few weeks in 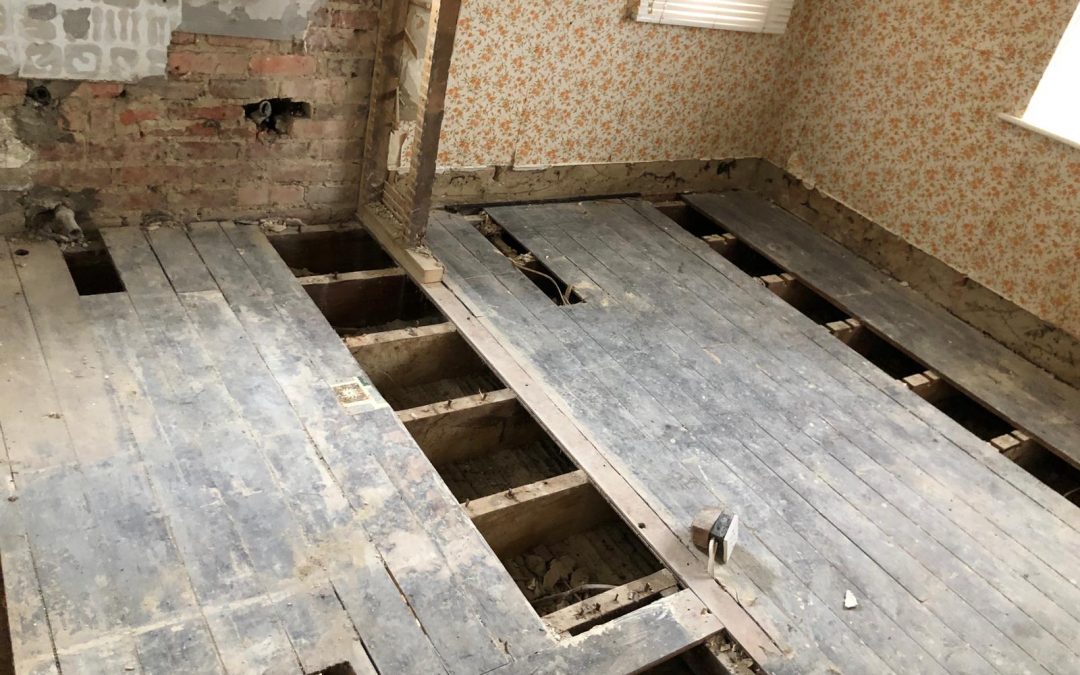 A few weeks in and at this point its all about removal.

This property has been left unoccupied for a while and as a result a fair amount of multi coloured mould has made its self at home on the remaining fixtures. So it makes sense to remove as much of the unpleasantness from the start, creating a healthier working environment and clean shell to then build upon.

We removed the tasty old bathroom suite and at the same time took out the stud wall between the bathroom and 3rd bedroom. This space is going to become the new family bathroom. At this point we are sacrificing a bedroom for a bathroom, however the plan down the line is to add 2 further bedrooms with the addition of the 2 storey side extension.

Next to come out is the chimney breast on the adjoining wall between the 2 back rooms as this is the area that we intend to open up into a large Kitchen diner. The chimney is already capped under the tiles, so we proceeded to remove the structure from the top down carefully brick by brick using an SDS chisel to loosen the mortar. 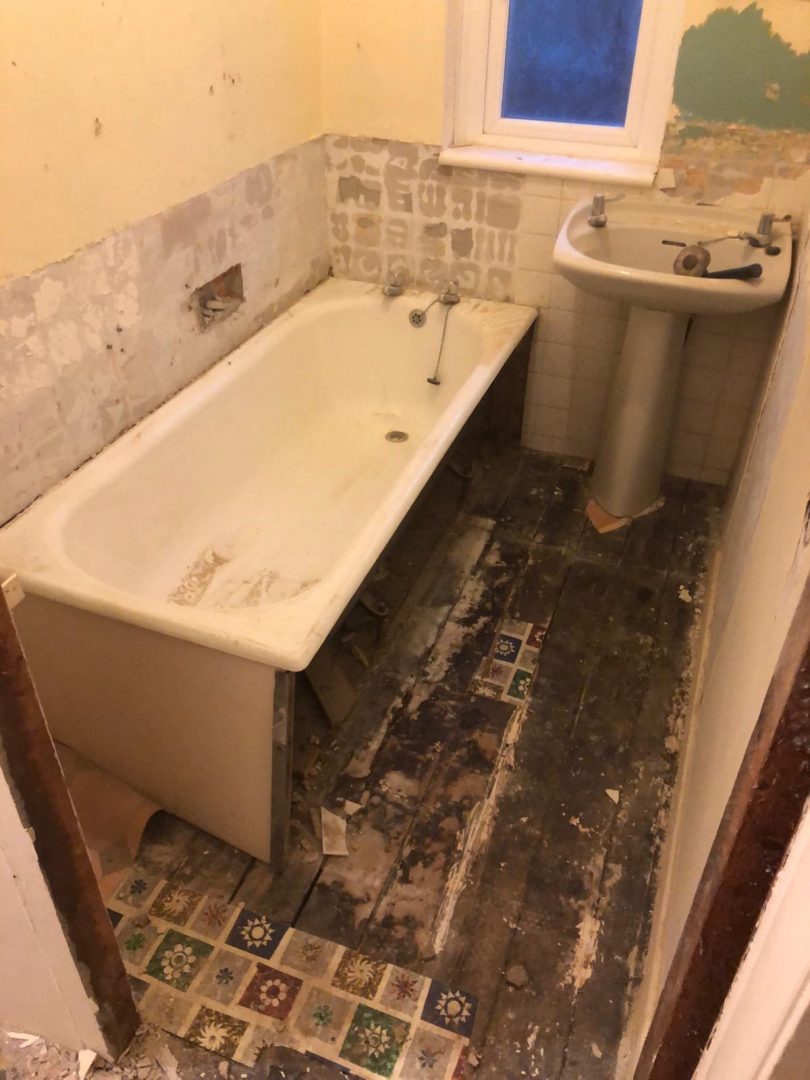 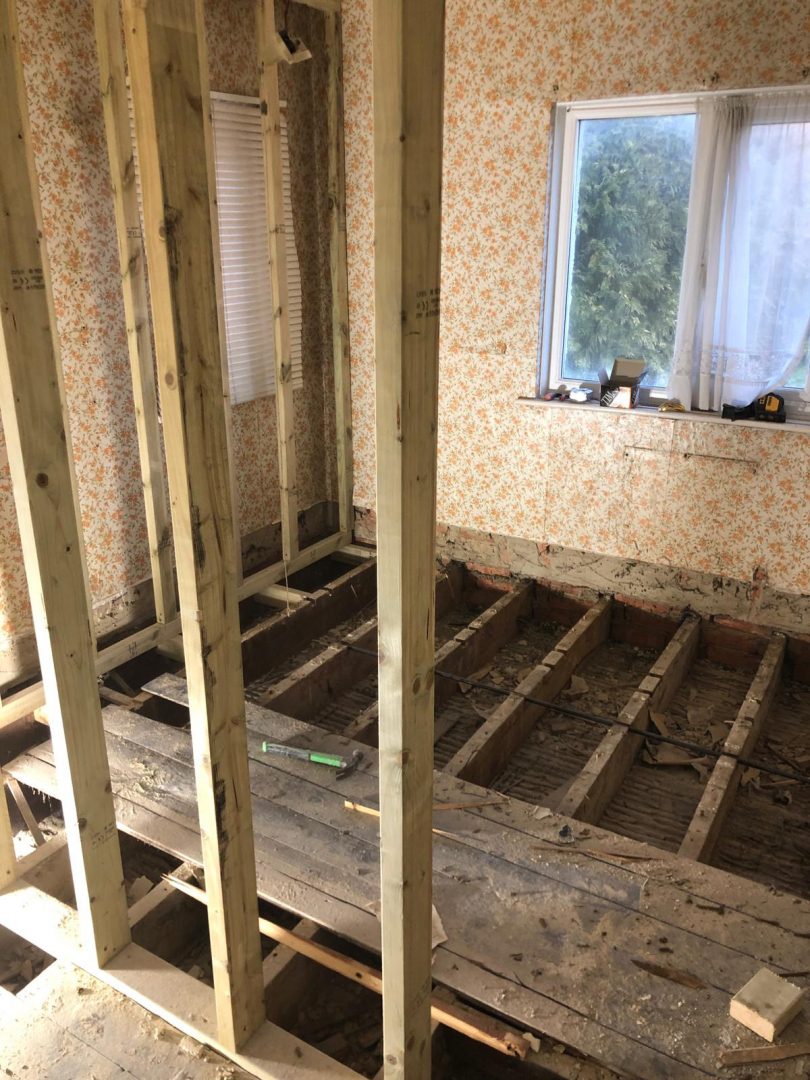 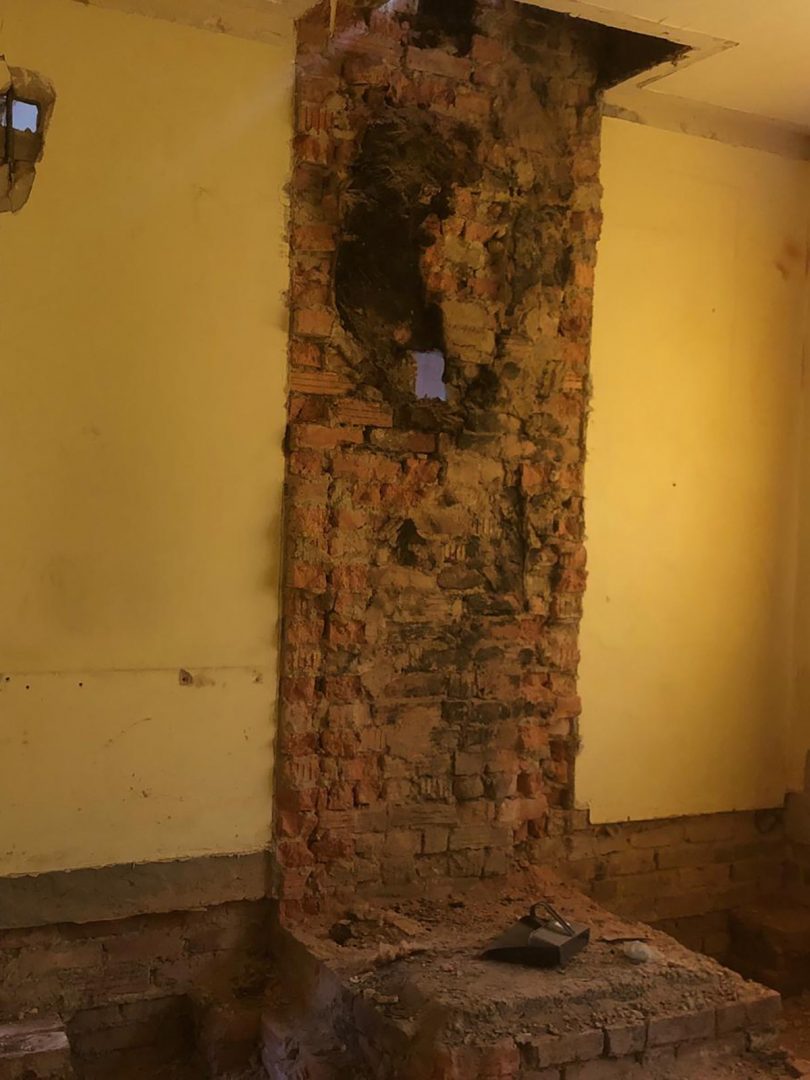 Moving back to the ground floor, we started to demolish an odd small section of unsupported brickwork that previously formed part the kitchen larder, however we discovered the ‘supporting’ floor joists are completely rotten and soft to the touch.

We discovered that a fair few of the floor joists are in the same sorry state so we decided to remove the lot and start afresh. We found the ‘root’ of the problem though a ground level air brick with weeds and moss growing through, creating a perfect channel for water to make its way in.

Air brick cleared, we removed all of the floorboards and joists at ground level, cleaned out the crawl space and oversight and rebuilt the brick piers. Next up is the DPM and replacement joists. Job done! 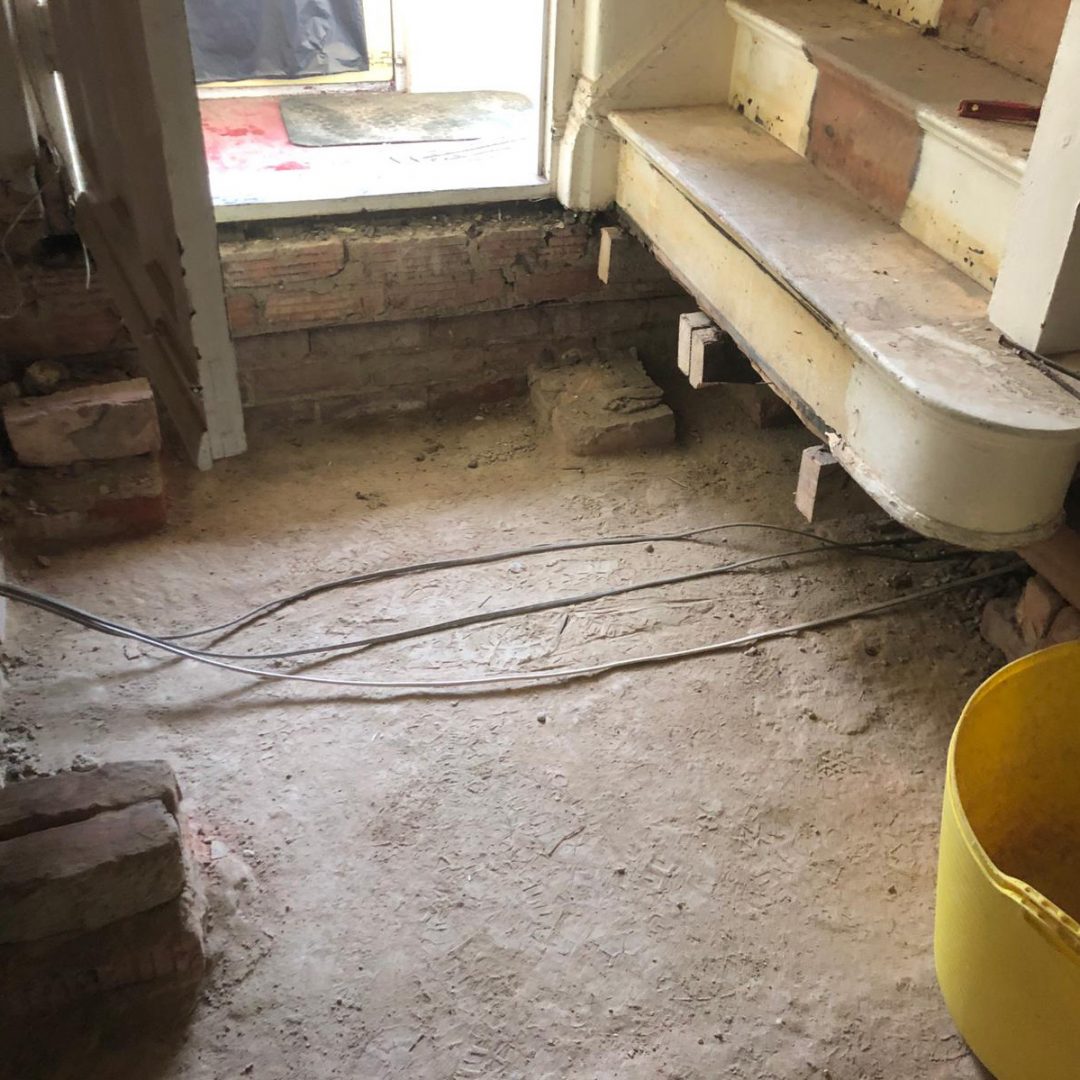 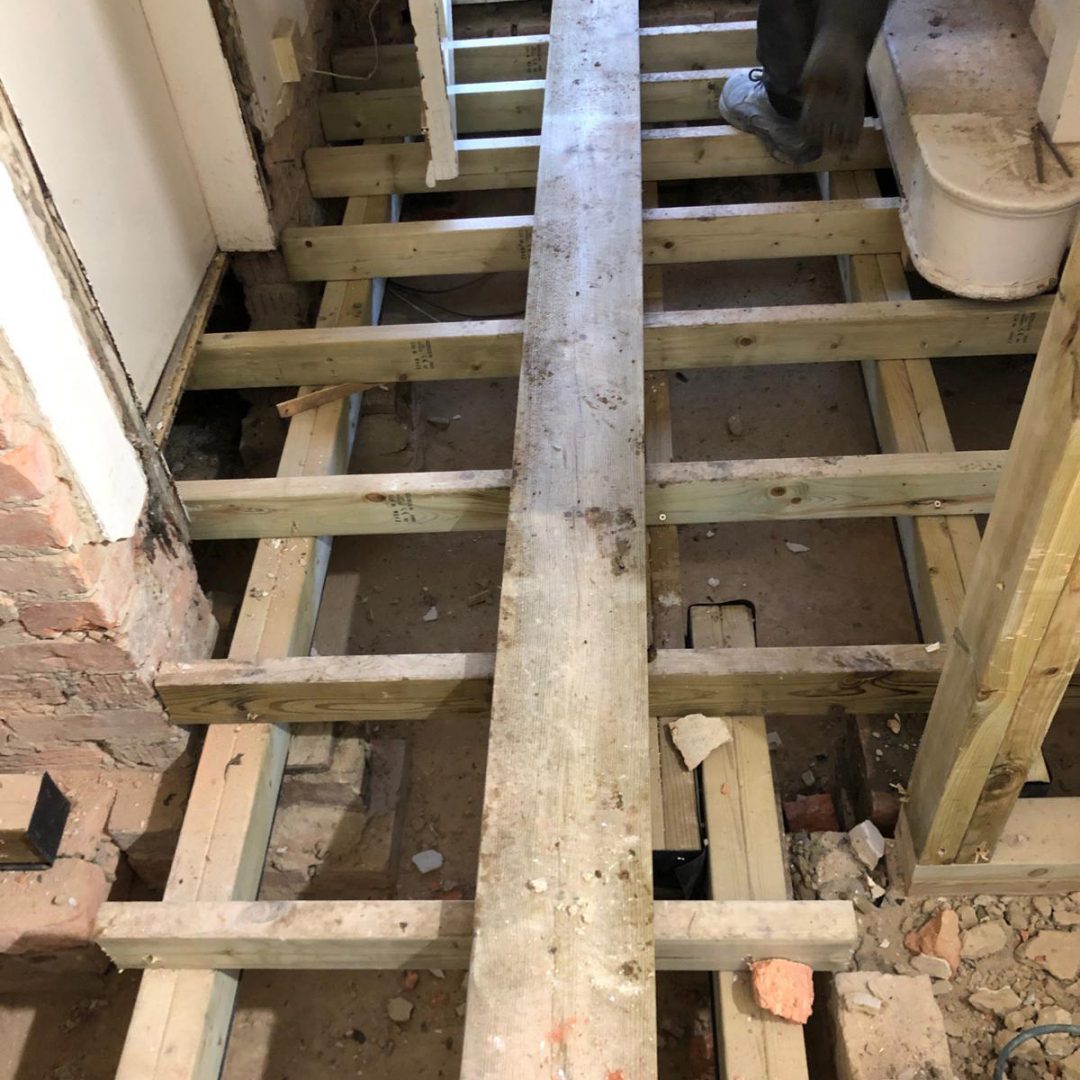